If you were arrested for Driving under the Influence (DUI), call us to discuss the best strategies for fighting the charges. A large part of our practice is devoted to fighting DUI cases in Northeast Florida.

Thank you! Your submission has been received!
Oops! Something went wrong while submitting the form.
By clicking “Request An Evaluation”, you agree to our Terms and that you have read our Data Use Policy, including our Cookie Use.
Jacksonville DUI Lawyer

Hiring Rainka Law as your Jacksonville DUI Lawyer​ is the most important thing you and your family can do right now. Hiring an experienced Jacksonville DUI Attorney early in your case is critical to protecting your privilege to drive and increasing your chances of avoiding a conviction. At the Rainka Law, LLC we take a full-service approach to defending each aspect of the case including:

STAGE ONE: FIGHTING ADMINISTRATIVE SUSPENSION OF YOUR DRIVER’S LICENSE

The first stage in a DUI case is protecting your privileges to drive. After the arrest the arresting officer will confiscate your driver’s license and issue you a notice of suspension if:

This DUI citation serves as the notice of suspension. This suspension is sent to the Florida Department of Highway Safety and Motor Vehicle (DMV). The citation itself operates as a 10 day permit so you can continue to drive during the first 10 days after your arrest without restriction. During that time, you must do one of the following:

Because you must decide how to protect your driving privileges and take action quickly, it is important to retain Rainka Law as your DUI attorney during this 10 day period after your arrest.

STAGE TWO: THE FORMAL REVIEW HEARING TO CONTEST THE SUSPENSION

As an experienced Jacksonville DUI Lawyer, Rainka Law believes it is important to demand the formal review hearing and fight to invalidate the DUI administrative suspension. In many ways, the formal review hearing is the most important part of the case. The evidence gathered during that hearing can often be used to your advantage in the criminal case. Our attorneys attend every formal review hearing at the Bureau of Administrative Review Office. Although the hearing officer will tape record the hearing, we also bring a court reporter to the hearing who prepares the official record. We obtain a subpoena for every witness listed in the documents. We thoroughly reviews everything in the DMV’s packet, the discovery from the State Attorney’s Office and any video evidence before the hearing. Florida law requires that the hearing officer SHALL invalidate the suspension if the arresting officer or the breath test operator fails to appear. Other reasons to invalidate the suspension might include:

Even if all the witnesses appear at the hearing, other important objections can be raised including the lack of competent and substantial evidence as to one of the required issues in the case. If you win the hearing, then your administrative suspension will be vacated or set aside. This means it is removed from your driving record as if it never happened. If you win, we will give you a copy of the order. If you take the order to the DMV then you can obtain a duplicate copy of your driver’s license. If the hearing officer refuses to invalidate the suspension that decision can be appealed to a Circuit Court judge through a Writ of Certiorari. The only downside to contesting the administrative suspension is that if you are not successful then a hard suspension will start. During that time you cannot drive for any reason. At the end of the hard suspension, as long as you have enrolled in DUI school and are otherwise eligible, you can obtain a “Business Purpose Only” license for the rest of the suspension period. Even in cases in which the suspension is not invalidated, the client still wins because important evidence and testimony has been gathered that might lead to a better result in the criminal case. The length of the suspension and hard suspension are listed below:

By working together with our clients to gather substantial mitigation, we prepare the best defense for you. We carefully review the prosecution’s evidence against you and exhaust all legal tools to reach the desired outcome. Although we cannot guarantee results, we will not stop fighting until a verdict is read or our client is satisfied with a negotiated disposition. 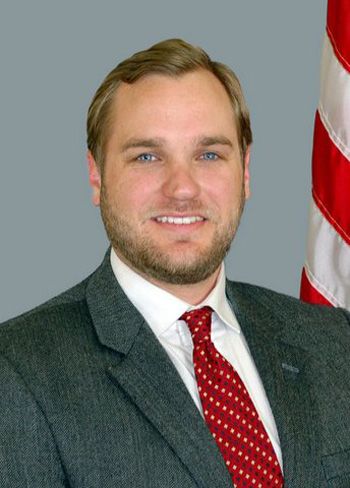